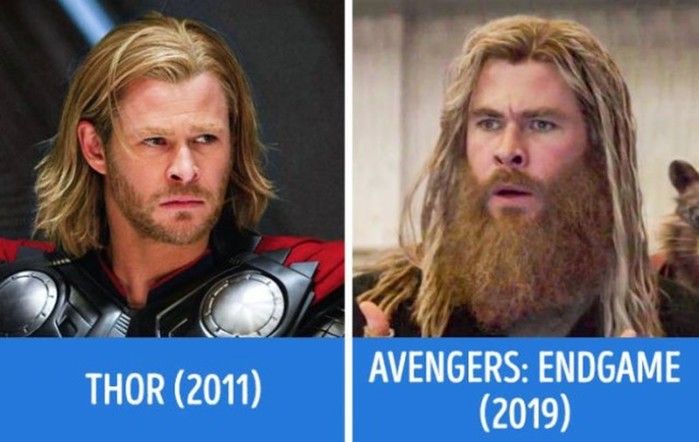 «Avengers» In Their First And Last Movies (21 pics)

Thor is one of the most popular characters of the Marvel Universe. He has appeared not only in his trilogy, but also in 4 of The Avengers movies. Actor Chris Hemsworth brought the superhero son of Odin to life since 2011 and he’s clearly one of the characters that has changed looks many times along the saga. He’s cut his hair short, then let it grow back, dyed his hair, and he even gained muscle. 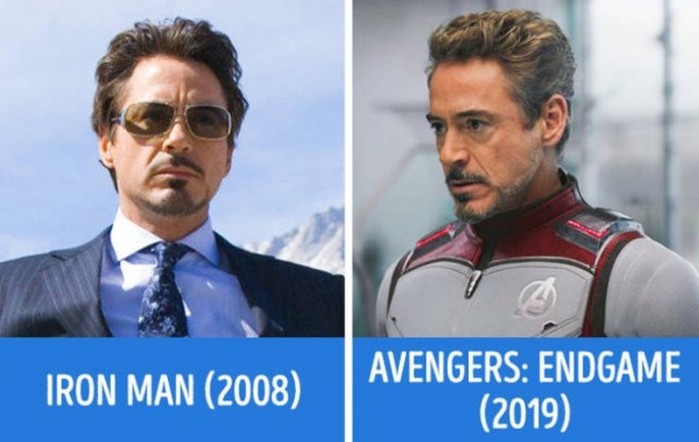 Robert Downey Jr. is the man behind the iron armor and one of the main characters that gave rise to phase one in the construction of the Marvel Cinematic Universe back in 2008. Not only did he play the lead character in the Iron Man trilogy and The Avengers saga, but he also appeared in The Incredible Hulk, Captain America: Civil War, and Spider-Man: Homecoming. 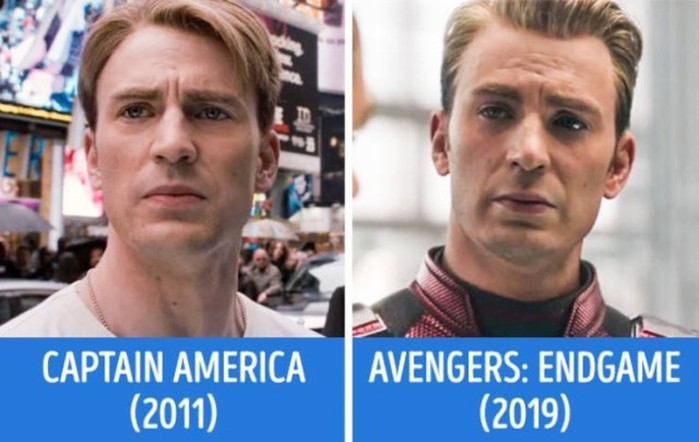 Actor Chris Evans was in charge of bringing Steve Rogers and his alter ego, Captain America to life between 2011 and 2019 not only in the Captain America trilogy, but also in The Avengers saga. He soon became one of the most beloved Marvel characters and except for Avengers: Infinity War, his look almost didn’t change. 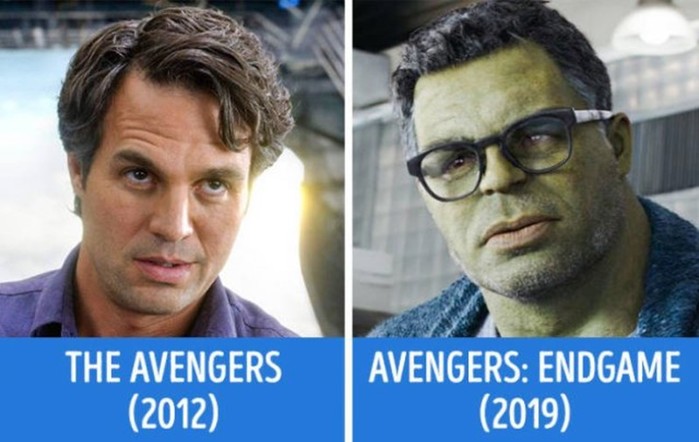 First played by Edward Norton in 2008’s The Incredible Hulk, the role of the furiously strong Bruce Banner was given to Mark Ruffalo. After the release of The Avengers in 2012, Ruffalo and Hulk became one. And because the character gained complexity and the public reacted well to his backstory, it was further developed as did his look. The lack of a standalone Hulk film allowed the character to play a more prominent role in other films of the saga such as Avengers: Endgame. 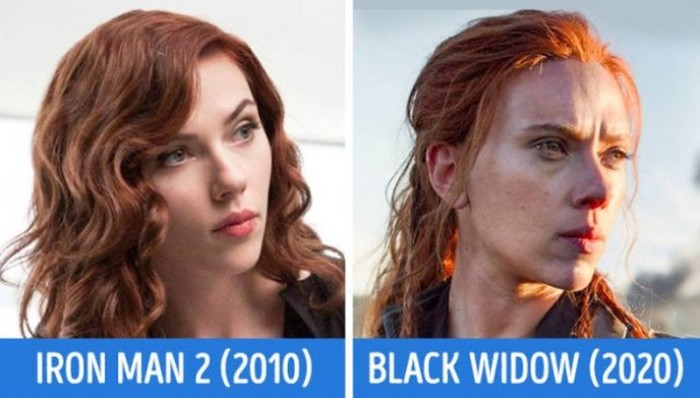 This character made her debut in the Marvel Universe with Iron Man 2, only to become one of the main characters of the Avengers’ group. Scarlett Johansson brought Natasha Romanoff to the big screen and her performance became so renowned that Marvel is already working on her standalone sequel to be released in 2020. Look how she has changed in the last 10 years. 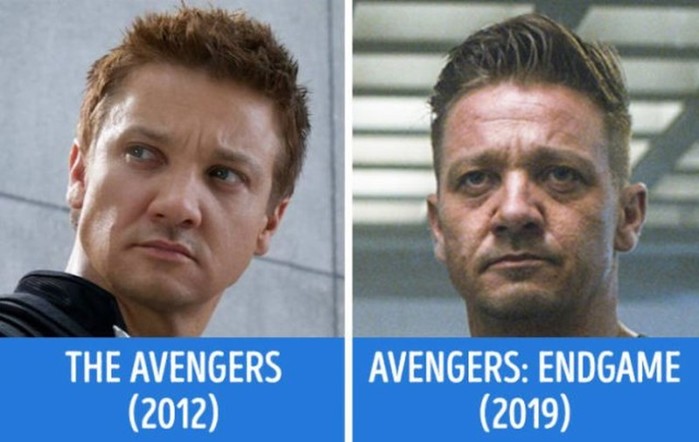 Jeremy Renner played Clint Barton, better known as Hawkeye, an expert in archery that first served on Nick Fury’s espionage team S.H.I.E.L.D. (Supreme Headquarters, International Espionage, Law-Enforcement Division) and then rejoined the Avengers. Just like Natasha Romanoff, this character has kept a similar look in all of his movies since The Avengers in 2012 to Avengers: Endgame in 2019. 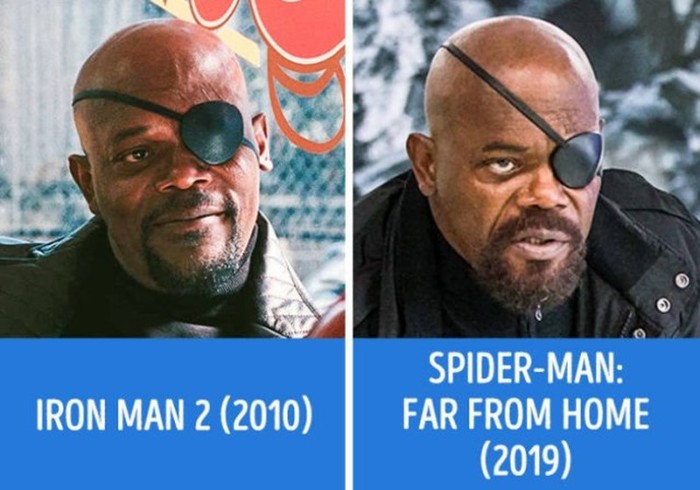 Renowned actor Samuel L. Jackson was chosen to bring the espionage expert and director for the S.H.I.E.L.D. agency, Nick Fury, to the big screen. He then became a recurring character in the Marvel Cinematic Universe after his brief appearance in Iron Man 2 (2010) and in Spider-Man: Far from Home (2009). Although his clothing and general appearance have not evolved, you can clearly see a more mature Nick Fury in the newest releases. 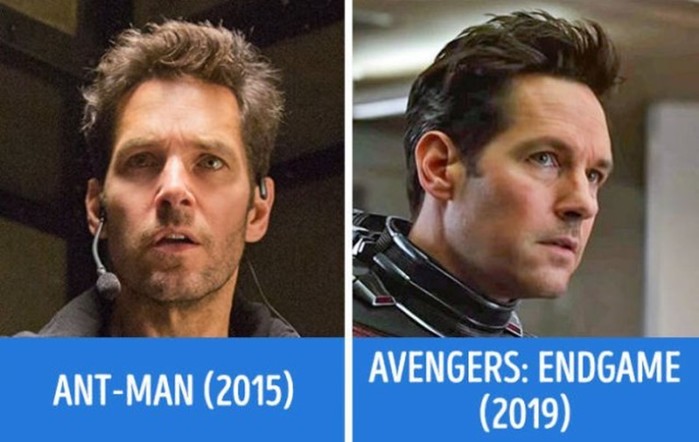 Never in his wildest dreams did Scott Lang think that he’d become Ant-Man and actor Paul Rudd is in charge of playing this character in the standalone movie Ant-Man and its sequel Ant-Man and the Wasp. Ant-Man also appeared in Captain America: Civil War and in Avengers: Endgame. In order to better compare how this character evolved, we used a picture from the first and the last movie. As you can see, Paul Rudd has barely changed over the course of 4 years. 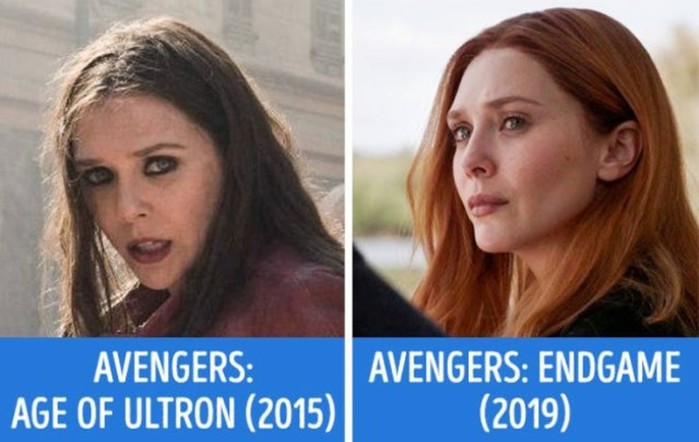 Wanda Maximoff, better known as the Scarlet Witch, was played by Elizabeth Olsen. She made her first appearance in the Marvel Cinematic Universe with Captain America: The Winter Soldier, but it was in The Avengers: Age of Ultron where her character really gained more relevance in the story. Although, so far, she last appeared in Avengers: Endgame, the Scarlet Witch is most likely set to come back to the big screen in other spin-offs. She will also have a leading role in the series WandaVision. 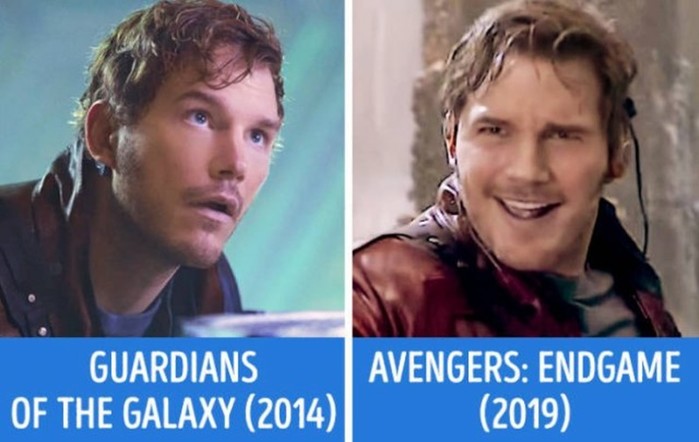 Peter Quill, also known as the Star-Lord, is one of the members of the Guardians of the Galaxy squad together with Rocket Raccoon and others. Actor Chris Pratt was chosen to bring Star-Lord to the big screen in both of the Guardians of the Galaxy movies. He also made special appearances in different movies of the Avengers saga. This is one of the characters that has barely changed in the last 5 years. 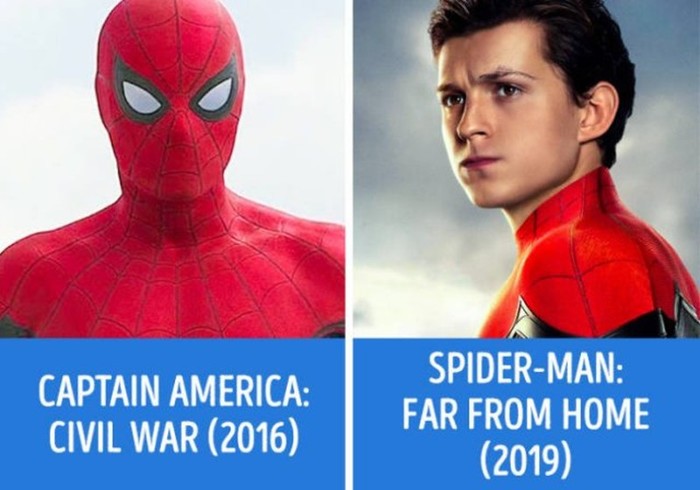 Spider-Man was mostly known for the first trilogy starring Tobey McGuire first and then Andrew Garfield, but it was Tom Holland who succeeded in playing the role in the Marvel Cinematic Universe as part of the Avengers team. Although Holland hasn’t changed much physically, Spider-Man’s suit did get a few adaptions. Check out the differences between his first appearance in Captain America: Civil War, where he wears the traditional red costume and Spider-Man: Far From Home, where his suit is slightly more techie and synthetic-looking. 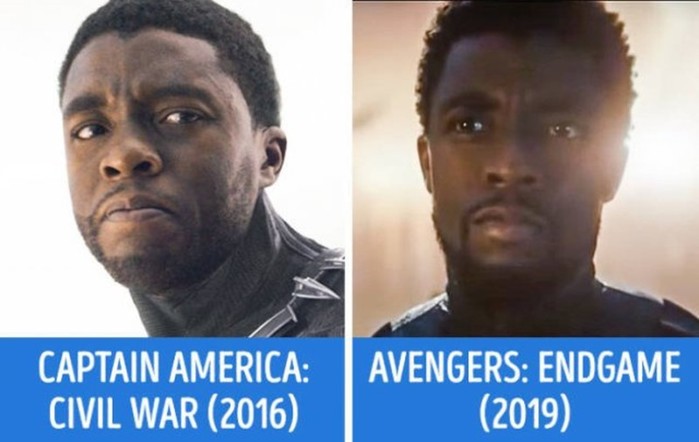 T’Challa, the king of Wakanda who fights for justice under the alias of Black Panther made his debut in the Marvel Cinematic Universe with Captain America: Civil War. Its popularity led to a standalone movie and also to his appearance in Avengers: Infinity War and Avengers: Endgame. Actor Chadwick Boseman played Black Panther in all of the movies and you can easily see how he has changed over the years. 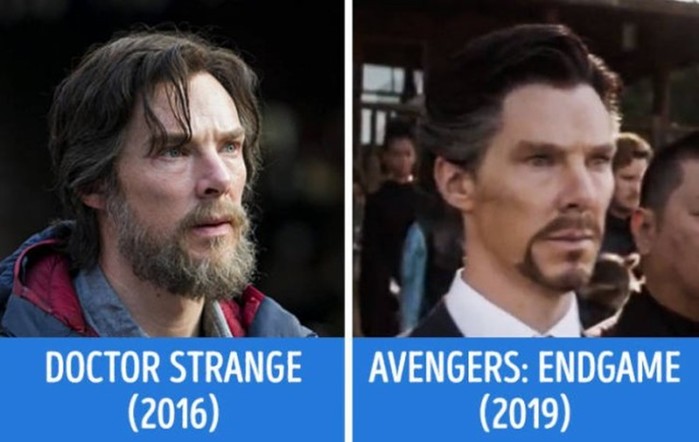 British actor Benedict Cumberbatch was chosen to bring Dr. Stephen Strange to the big screen, who made his debut in theaters with Doctor Strange. He also made a special appearance in Thor: Ragnarok and became one of the Avengers for Infinity War and Endgame. As you can see, the character has appeared multiples times with different looks in these Marvel movies. We’re expecting a new release of Doctor Strange’s adventures while we wonder what he will look like in the future… 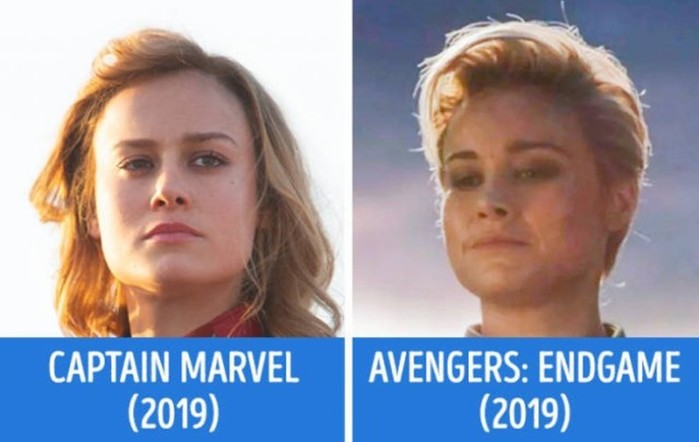 Even though Brie Larson, the actress that brought Captain Marvel to the screens, has barely appeared in 2 Marvel movies, her look has very noticeably changed. Check out how she went from Captain Marvel with long blond hair to Avengers: Endgame with a ’60s tomboy haircut in the same year. While producers are working on a new episode of the standalone story, we also wonder what Larson’s look will be and if she will keep any of the previous ones. 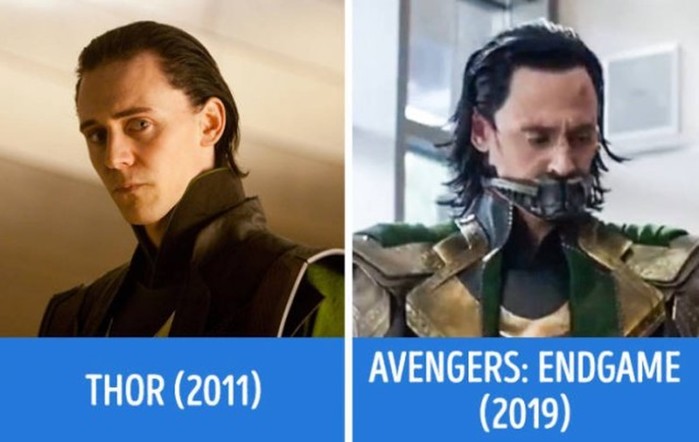 If you thought villains had no place on our list, well, you were wrong. We couldn’t help but add Thor’s charismatic brother Loki to the list, played by actor Tom Hiddleston. Loki has a long history in the Marvel Cinematic Universe, starting with Thor in 2011 through Avengers: Infinity War in 2018 or Avengers: Endgame in 2019. He will be back shortly in the soon to be released series. Do you notice any changes in his appearance? 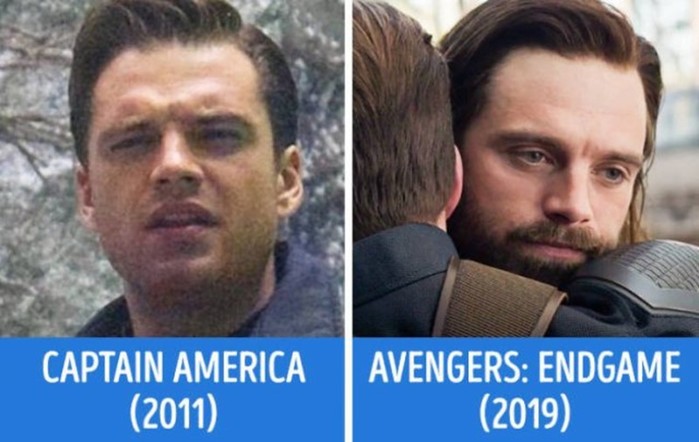 The winter soldier, played by Sebastian Stan, was also one of the villains that lived long enough to appear in various movies of the Cinematic Universe. His role was especially important in the Captain America trilogy, not to mention Avengers: Endgame. A clear evolution can be seen in his character. Already in Endgame his hair is longer and he let his beard grow. But the story of this character is far from over. He is expected to co-star in a new Marvel movie in 2020, together with the next member of the Avengers squad on the list. 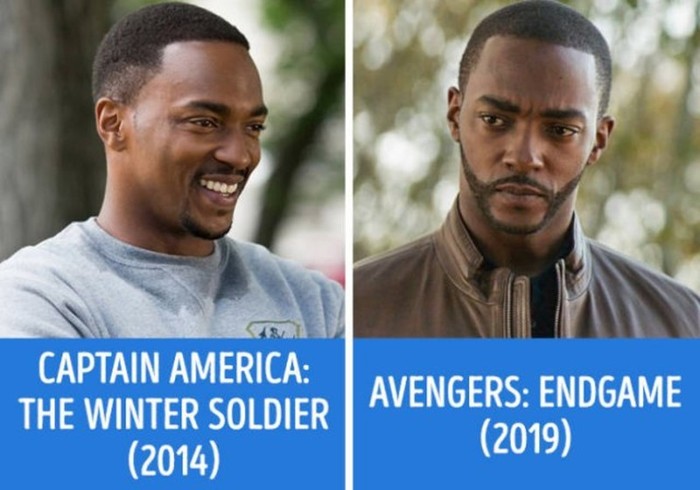 That’s right, Sam Wilson will go on new adventures with Bucky in a Marvel series that will be released very soon this year. Falcon, who is brought to the big screen by Anthony Mackie, made his debut in the franchise with Captain America: The Winter Soldier. He appeared in Captain America: Civil War and in 3 Avengers movies as well. He also had a special appearance in Ant-Man. His looks have hardly changed except for the short beard he grew for Avengers: Endgame. 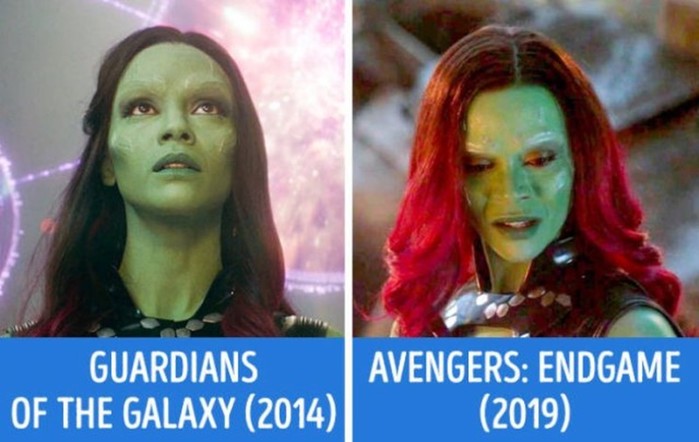 Zoë Saldana played the character of Gamora, one of the leading roles in Guardians of the Galaxy, as part of the squad that gave name to the film. Her looks have barely changed between her debut film in 2014 and Avengers: Infinity War or Avengers: Endgame. It seems like time hasn’t taken its toll on her. If anything, the only slight change we’ve noticed is that she has become a bit more of a redhead than in 2014’s Guardians of the Galaxy. 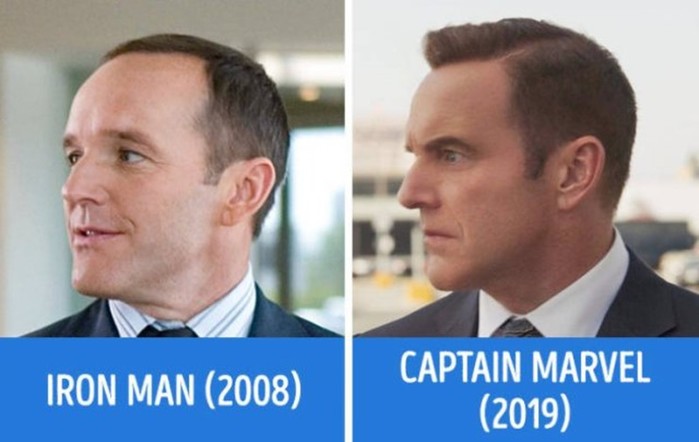 Despite not being one of the most popular characters from the comics, thanks to the magic of the film industry, Phil Coulson became a beloved character in the Marvel Cinematic Universe. Above you can see how Clark Gregg, the actor that plays S.H.I.E.L.D.’s top-level official, changed from 2008’s Iron Man to 2019’s Captain Marvel where he joins Nick Fury on his adventures. Can you spot any differences? 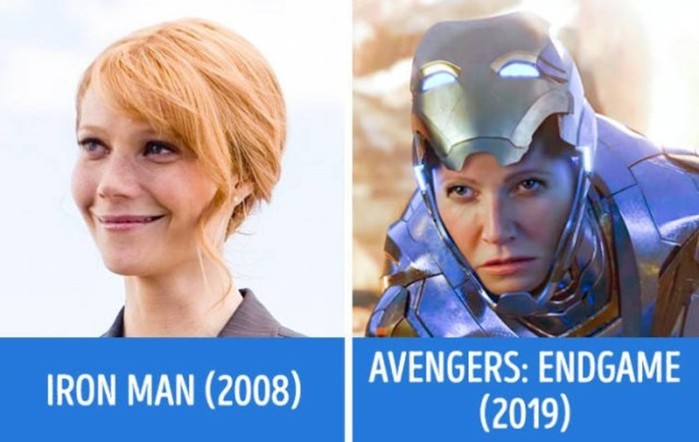 Tony Stark could have hardly become a better person without the unbreakable patience of his personal assistant, Virginia «Pepper» Potts, who later became his wife. Actress Gwyneth Paltrow brought Pepper Potts to the big screen and thanks to her excellent performance and quality as an actress, her character has reappeared in more than 5 movies, among them, the Iron Man trilogy and Avengers: Endgame. 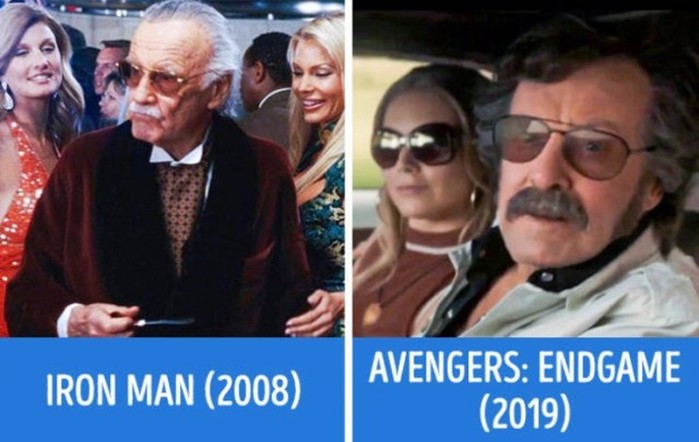 Of course, we cannot forget the brains behind the whole operation, the genius that conceived most of these beloved characters, Stan Lee. He has actually made some special appearances and cameos in every movie where his characters were brought to the big screen. Every time a new movie was announced, fans couldn’t wait to see him again, even before the creation of Marvel’s Cinematic Universe as we know it today. His last appearance was in Avengers: Endgame, but it was a posthumous cameo. 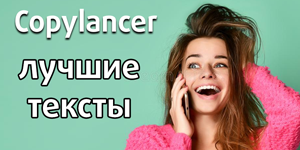 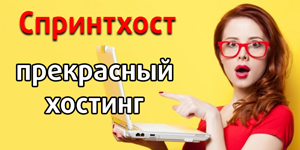